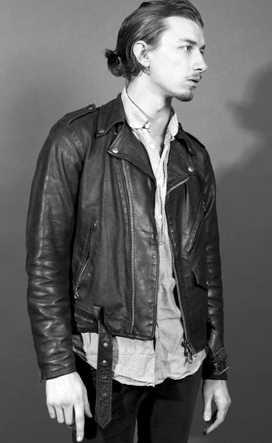 Ali Johnson is a talented fashion photographer based in South Wales. We’ve covered a series of her photos previously looking at the concept that explores the notion of self and model perception when it comes to styling and what happens when someone ‘models’ as opposed to ‘being themselves’ in a photograph.

For Ali the idea was very much a social experiment, using the camera, studio, make up and clothing acting as her tools. All the photographs in the current series seen here, show the sitters as models, all styled by herself and make-up artist Lisa Caldognetto.

If you’re interested in seeing more from Ali go to AJ Imagery .  We’ll be taking a closer look too at her Graduate Show in Newport the first week of June.