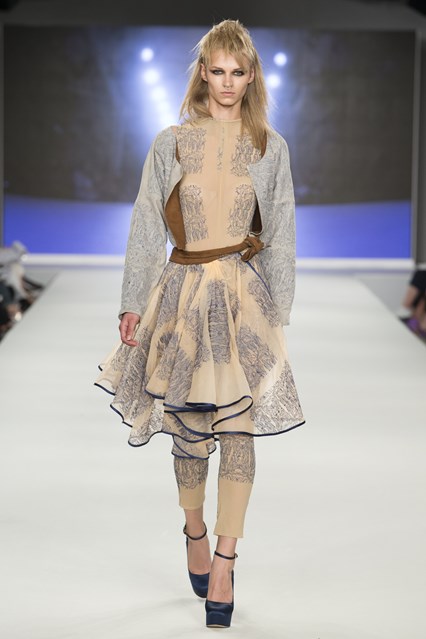 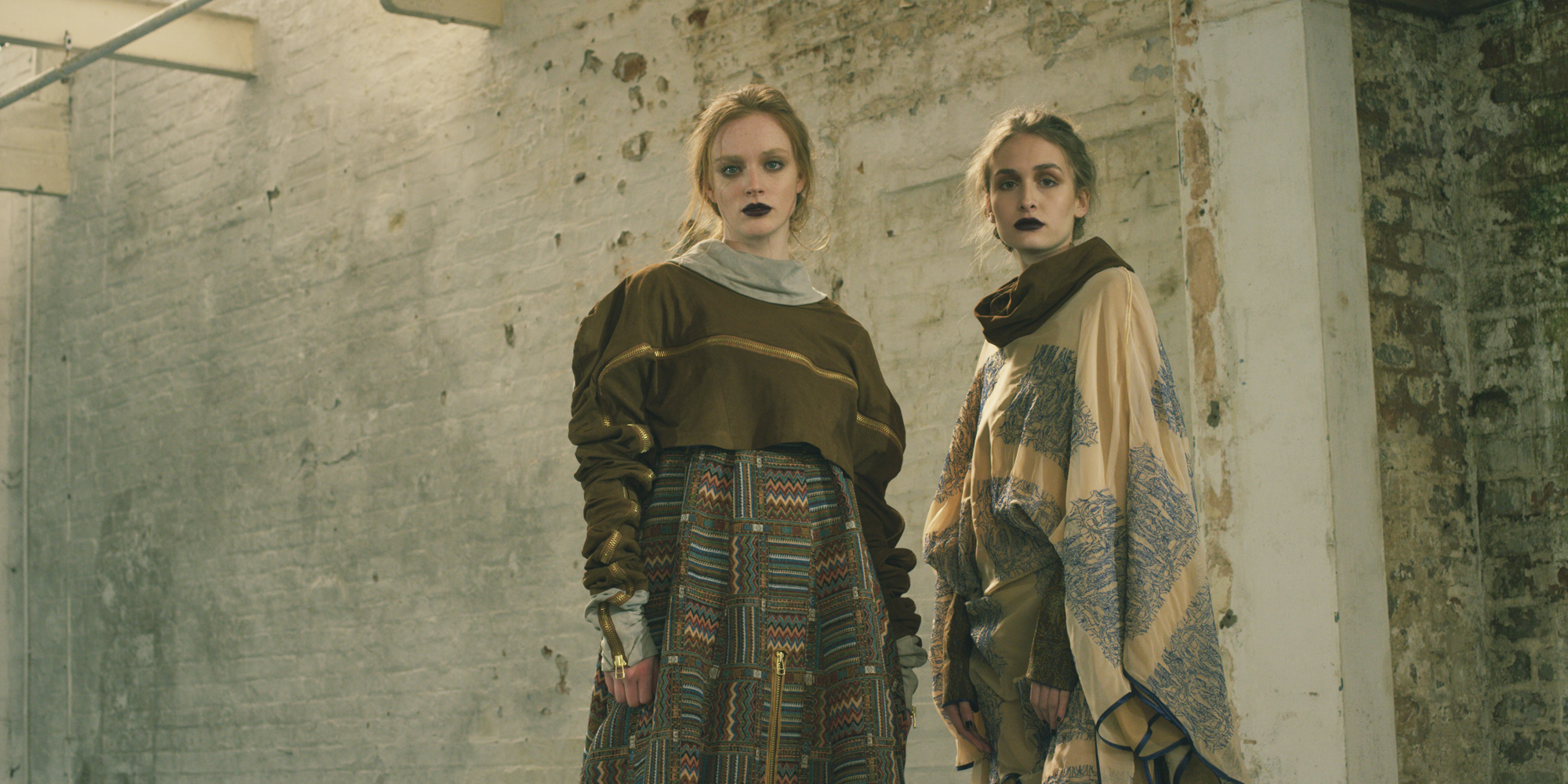 Our guest blogger Bettie Heatley interviewed emerging designer Zara Khan recently and found out more about what inspires her designs.

Zara Khan is an exciting young fashion designer whose roots in both Wales and Pakistan have had a big influence on her designs. She was born in Cardiff in South Wales but moved to England to study fashion design at Birmingham City University (BCU), where she graduated with honours.

Zara has always been creative. From an early age she loved anything artistic, including drawing and photography, which set the tone for her interests and studies, and eventually her career. After exploring the different aspects of design during her art and design foundation degree, she was drawn to fashion and decided that was the direction she wanted to head in.

During her degree at BCU, she did several internships where she developed skills like pattern cutting and sample sewing. She also shadowed London-based Jordanian designer Reem Juan, where she gained valuable skills and experience. The highlight of this internship was seeing a piece she had worked on worn by actress Maisie Williams.

Zara got the opportunity to showcase her first graduate collection at Graduate Fashion Week 2016, which was also featured in the online edition of Vogue.

Zara’s work is often described as dramatic, a quality she is happy to embrace. The collection is based on the subject of identity and the issues Zara faces because of her dual heritage. These two cultures are so different that she has always felt that she never really fitted into either, and came to the conclusion that she is an outcast. This was very positive for her though, as she rejects the idea of having to fit into an identity determined solely by your background. Although she refuses to be defined by her heritage, she is still proud of it. 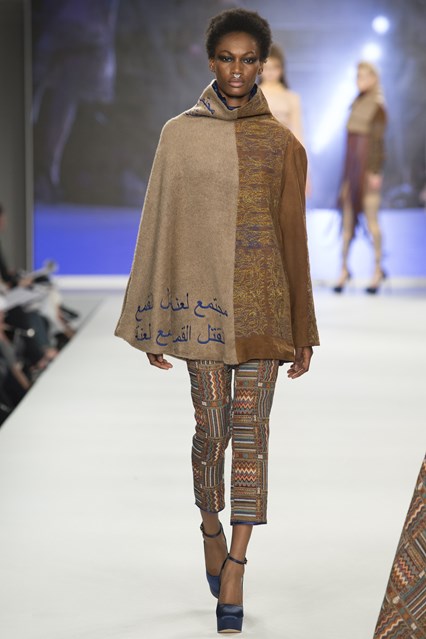 The resulting collection has a grungy feel, with many versatile pieces. The neutral tones represent skin colours and Zara believes a person should not be defined by their race but by their thoughts, opinions and character. The collection is enriched by splashes of colour, print and embroidery, representing the vibrant cultures she respects and cherishes. Arabic text is embroidered onto many of her pieces, intended to intrigue the audience and tempt them to discover the meaning for themselves. 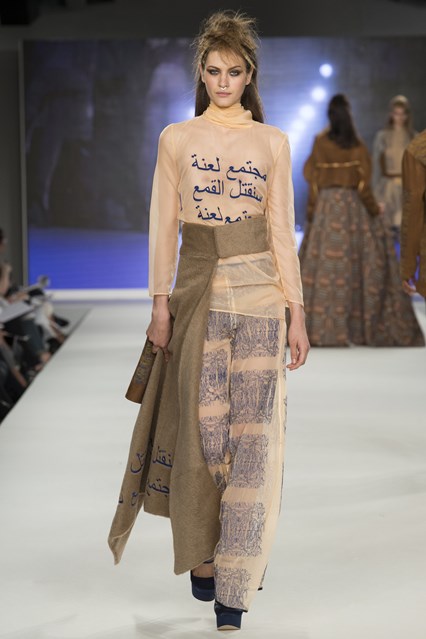 Zara’s plan for the future sees her gaining more industry experience and in the meantime, she is hoping to develop her online brand – Zara Khan