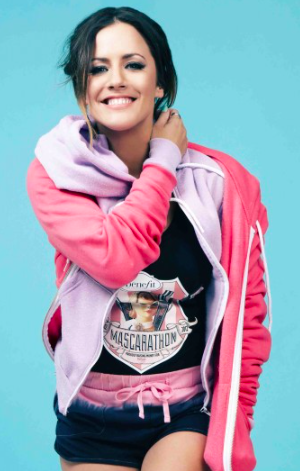 Don’t know about you but we’re big fans of Benefit make-up here at Cardiff Fashion, especially their mascara. Apart from the mascara, we were really interested to hear about a campaign they’re running (quite literally running) at the moment, that supports women’s domestic violence charity Refuge.

Caroline Flack is fronting ‘The Mascarathon’ which includes her running part of a charity run from Edinburgh to London.   The run takes place between the 15th and 29th June, starting in Edinburgh, stopping off in Newcastle, Manchester, Birmingham, Cardiff, Oxford, and finishing in Spitalfields, London.

Along the way there will be a range of consumer areas for runners and friends to visit including make-upper stations and sample giveaways.  There’ll also be a mascara ‘baton’ passed from each runner to the next one.

For anyone interested in running as part of the 15 day event (remember there’s a Cardiff leg), or donating, or just getting involved go to www.mascarathon.co.uk.