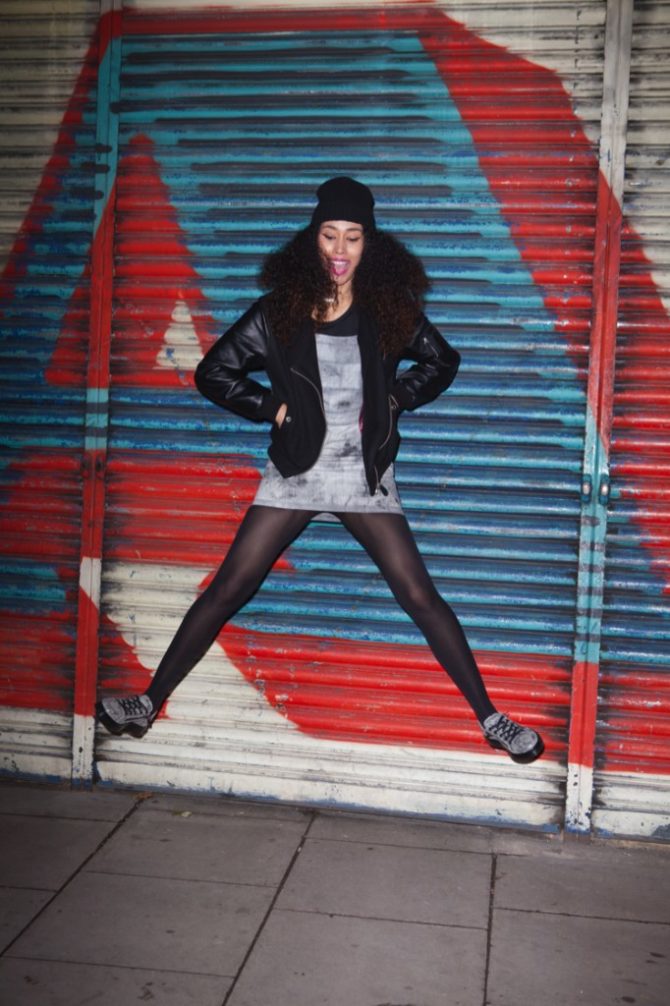 CHEYENNE, 21 “I STAND FOR ALL THE REGULAR GIRLS OUT THERE.”
-EAST-LONDON BASED
-FASHION BLOGGER, RADIO PRESENTER, TV PRESENTER
-LOVES CATS, HATS, BINDIS, PLATFORMS AND DR. MARTENS
-ALWAYS AT MUSIC EVENTS WITH FRIENDS

We’re big fans of Dr Martens at Cardiff Fashion and we like their latest A/W campaign which features real long-time Dr Martens wearers caught in images and on film.

Shot by James Pearson Howes (www.jamespearsonhowes.com) the people featured in the A/W 2014 campaign are pretty diverse: Lauren has kept every pair of  Dr. Martens she has ever owned and runs two pubs; Luna studied Footwear Design at London College of Fashion and loves horror movies; Cai is a 4-year-old who proudly holds the title of youngest member of the North Wales Nomads Scooter Club. Each character has also given personal imagery to use within the campaign such as a picture of them wearing DMs for the first time, or an album or book that means something to them.  Interviews with each person formed the basis of the film, where the characters state what they stand for.

SIAN, 26 “I STAND FOR MUSIC AS MAGIC.”
-FROM NEW ZEALAND, LIVING IN EAST LONDON
-PROFESSIONAL SINGER IN A CONTEMPORARY CHOIR

What we especially like about the new collection though are the clothes, the new range for the Autumn Winter season offers sharply tailored clothes that have been heavily influenced by British subcultural staples. The collection features overcoats, shirts, t-shirts, dresses, knitwear, as well as bags. There’s some great zip detailing on dresses, jackets etc, and the black wool Hyrbid overcoat with pink lining is amazing!

You can buy and order all these pieces from the Cardiff store at  36 The Hayes, Cardiff, CF10 1AJ , as well as online at http://www.drmartens.com/uk