Unless you’ve been holed up on a desert island lately (or in space :-)) you’ll know that Star Wars: The Force Awakens, the next installment in the movie franchise, landed in UK cinemas today. Also, earlier this week we saw UK professional astronaut Tim Deakin launched into space, heading towards the International Space Station.

Two major space events – at opposite ends of the spectrum perhaps in terms of significance (although many a Star Wars fan might disagree) – so I thought I’d join in and celebrate all that is inter-stellar, or is it inter- galactic, with a post about how some fashion brands have been marking space exploration, in all it’s glory.

Star Wars might take place in a galaxy far, far away, but you don’t need to travel to one to get your hands on some pretty stylish takes on the costumes from the upcoming film.

Quirky shoe brand Irregular Choice has released a number of Star Wars ‘character shoes’ that offer more than just a subtle nod to the franchise. These are for the most dedicated fans only, but with the films now in their 5th decade of popularity we can’t see these shoes going out of fashion anytime soon.

Samsonite luggage celebrated with a host of Star Wars themed additions to the collection, for adults and children.

There’s the American Tourister Kylo Ren collection which features a range of suitcases in the shape of the new villain’s mask with a single red pullhandle that represents his lightsaber. The younger children’s range for ‘little Jedi Knights’ called the Wonder Collection features illustrations of Storm Troopers and other characters. Then there’s the big Daddy Darth Vader himself in all his 3D glory as part of the Star Wars Ultimate Collection. 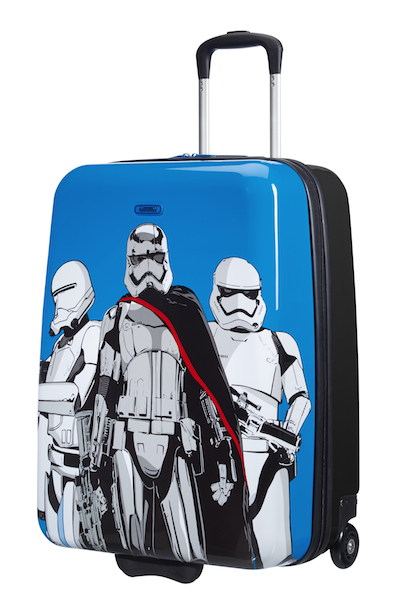 The impending release of the film also inspired 10 British designers to embark on a special project in support of Great Ormond Street Hospital Children’s Charity. The designers are JW Anderson, Peter Pilotto, Agi & Sam, Bobby Abley, Christopher Raeburn, Claire Barrow, Nasir Mazhar, Phoebe English, Preen by Thornton Bregazzi and Thomas Tait who have each created a unisex sweatshirt and T-shirt inspired by “the motifs and mood” of the film. Sweatshirts cost £110 and T-shirts £55 available only at Selfridges. 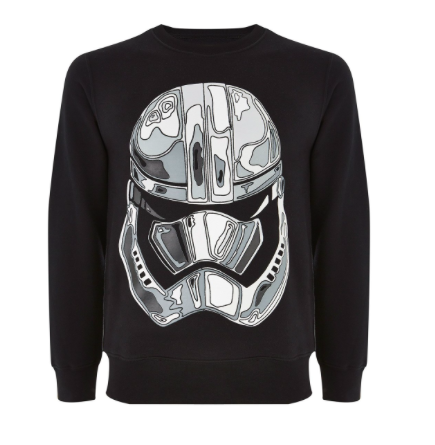 I also love the Space Dog sweatshirts from J W Anderson’s latest collection, which surely must have been inspired by this year’s space activity?

Whether you’re a Star Wars fan or were more captivated by watching the rocket launch into space with our ‘local’ astronaut on board, it’s been a pretty exciting week all round for space lovers.